Born in Argentina, Alejandro Sala grows up in Italy and Switzerland. He shows interest for photography since his early ages: his 1973 meeting with Pedro Luis Raota and Jorge Gayoso in Buenos Aires gives a strong impulse to the expressive knowledge of his photographic art. At the beginning of his career in Argentina in the 70’s he devotes himself to a social investigation through the medium of black and white photography, following the steps of the great American master Walker Evans.

He then moves to Italy to pursue his studies in photography in Urbino (ISIA) Italy and later attends the School of Art in Basel (Kunstgewerbeshule). His career in photojournalism starts in 1977 in Buenos Aires, when he works as a freelancer for a number of important media, covering a wide range of events such as politics, sports and news. He then obtains a master’s degree in architecture in 1989.

In 2016 Sala is selected as a participant of the “Portfolio Review” for Magnum Photos at Visa Pour l’Image (France). Several of his editorial photographic projects become books. In the same year he receives the “Nation Branding” for his book Patagonia, the south of the world when the world finished, from the Argentinian Government. His series “Patagonia” has been showcased in international exhibitions and is highly sought-after in the art market world.

His photos have been published in several press agencies and magazines such as Getty Images, Gamma, France Press, Associated Press, El País, C7 Corriere della Sera, National Geographic, Zoom agency, Alamy News UK. He has book published: Patagonia Unknown, The Gate of the Andes, Social Photography in Argentina -The Paths of Memory, 500 Palaces in Venice , Patagonia the South of the world when the world finished. 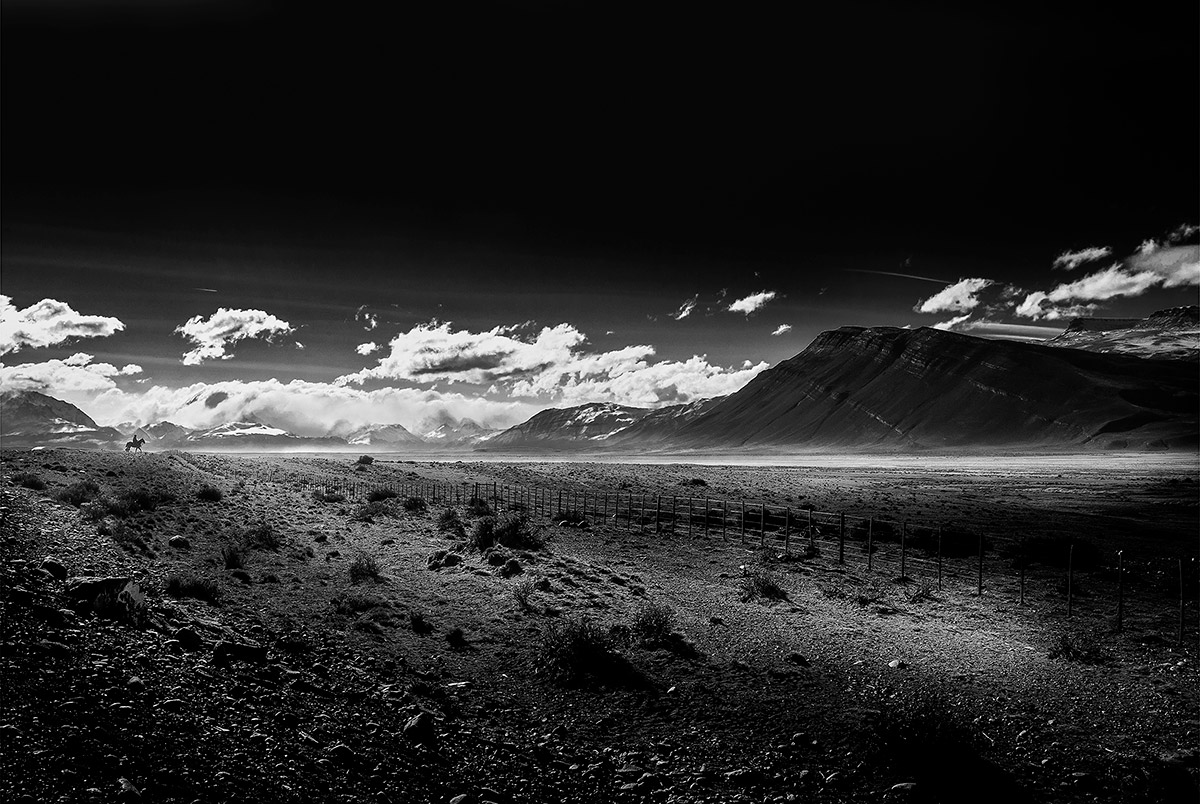 Sala’s extraordinary mastery of the technique and his virtuosity in the darkroom, using the traditional analog process based on the translation of light into a precise tonal relationship, intensifies the cleanliness of the whites and the depth of the tonal values and contrasts. His works of art are not only images but also complex photographic illustration with notable use of light. Sala has been photographing the world for more than 35 years, working in Europe, Australia, and South America.