This blog post is created and presented by Mike Stein

I have always been fascinated by bridges … their graceful appearance, sweeping curves, and the promise they hold of places beyond. As a young child, I would find pictures of my favorites, lay out a grid on paper, and faithfully copy their magical and majestic forms. When my parents took my sister and I on road trips, I always looked forward to crossing whatever bridges our route would take in.

The allure I feel for bridges has never left me, and when I started taking photographs, they were an obvious subject. One thing about living in the New York metropolitan area — there are a lot of bridges. Following are some of my favorites.

The Manhattan Bridge by Mike Stein 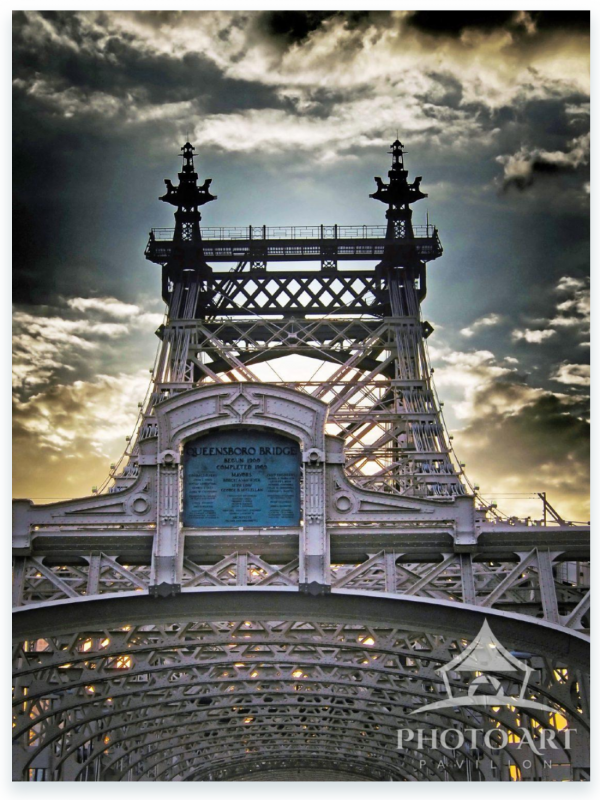 Connecting Long Island City, Queens with midtown Manhattan, this is actually the bridge with three names. It’s the Queensborough Bridge. No wait — it’s the 59th Street Bridge (“Feelin’ Groovy” — remember that Simon and Garfunkel song!). No wait — it’s the Ed Koch Bridge (former NYC mayor for 12 years). All three are correct. I took this photograph from the upper level going into Manhattan at dusk.

The Triborough Bridge by Mike Stein

This is the bridge with only two names. Actually, the Triborough Bridge does not exist anymore, at least not in name. The bridge still stands but the name has been changed. It was so named because it connects Manhattan, Queens, and the Bronx. About five years ago it officially became the Robert F. Kennedy (RFK) Bridge. But lots of people still call it the Triboro. In fact, many of the highway signs still refer to it as that. Other signs call it the RFK. This can be very confusing to out-of-towners, who must wonder if this is two different bridges or the same bridge. I shot this from Astoria Park in Queens. 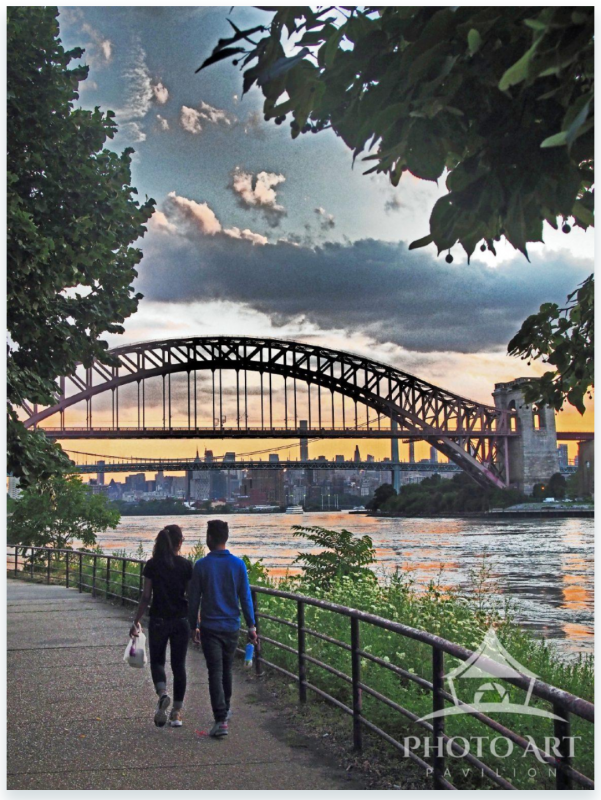 This is one of my very favorites. Steel arch bridges are somewhat uncommon, but this one has an almost exact twin — the Sydney Harbour Bridge in Australia, for which this bridge was the inspiration. This bridge connects Queens with the Bronx and is parallel to and pretty much next to the Triboro/RFK Bridge. They say this bridge is built so sturdy it will last a thousand years. But to drive over it is the impossible dream. It’s a railroad bridge only. This photograph was also taken from Astoria Park in Queens. 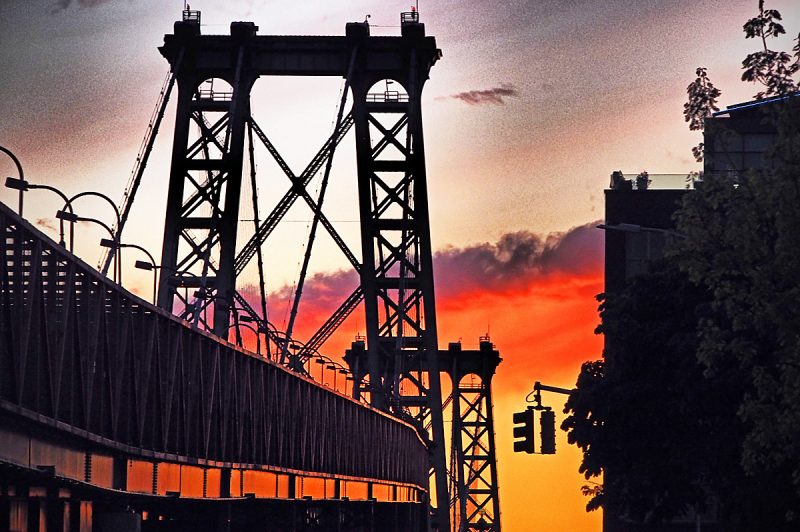 The Williamsburg Bridge by Mike Stein

Lots of people call it the “Willy B.” I prefer “Willie Bee” but whatever — with so many New York bridges having tolls, it is refreshing that it is still the free Willy Bee. This shot was taken from South 5th Street in Williamsburg, Brooklyn. My mother grew up on this street many years ago and I imagine that she might have often seen the sunset from her bedroom window just like this. The Williamsburg Bridge feeds straight into busy Delancey Street in Manhattan. If you want to get stuck in killer traffic driving in from Brooklyn, this is the bridge for you! 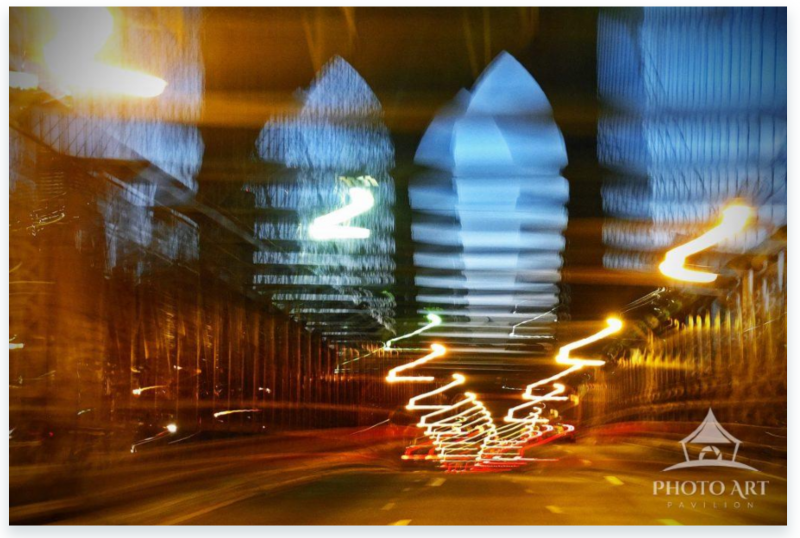 The queen of all bridges is probably the number one icon of New York City. I have even seen it in Italy as a brand of chewing gum. In this case, it came to me as in a dream. Or maybe I just screwed up my camera settings. Sometimes bad technique can actually yield interesting results. Warning to kids: do not try this at home!

Contact Long Island Photo Gallery for further detail on any of the images you’ve seen by Mike Stein within this blog post.